Do You Need an Experienced DUI Defense Attorney in Oregon City?

If you are actively seeking legal representation after a DUI ticket or citation contact Andy Green today. Mr. Andy Green has the knowledge, experience and understanding of the Oregon court system to help you get your charges reduced or dismissed. You can contact him at 503-477-5040 for free consultation 24/7. He is also willing to make in jail visits to help you better understand your legal options moving forward. Do not wait to contact a DUI attorney as this can only expand the stresses of a drunk driving ticket.

The Answer to Your DUI Attorney Search

The process of being arrested due to a drunk driving or DUII charge is a very stressful and uneasy time. Allow Andy Green to alleviate some of that stress by offering his legal knowledge and skills. Over the last five years Mr. Andy Green has helped hundreds of clients reduce or dismiss their DUI charges after a ticket. Instead of losing your license and having to deal with the consequences of a DUII charge contact us today at 503-477-5040 to understand your options. The quicker you make the phone call the sooner you will know what to expect in the next 24 to 48 hours.

DUI, DUII, and DWI laws are different in each and every state. It is recommended that anyone arrested for a DUII in Oregon retain the legal services of a professional that is not only Oregon State Bar Certified but also has years of knowledge and experience in Oregon courts. Andy Green is well versed in the Oregon DUII Diversion Program as well as the Field Sobriety Tests. Allow him to represent you in the court of law.

Find Andy Green’s Oregon State Bar Number here. You can also read the many great Google Reviews that have been left on his business page to verify he is the best Portland, Oregon DUI lawyer.

Oregon City is located south of Portland in Clackamas County. Interstate 5 and the Pacific Highway run through the northern and eastern borders of Oregon City. Other highly trafficked roads include US Route 213, Washington Street, Willamette Street and Main Street. DUI checkpoints are unconstitutional in the state of Oregon so drivers do not have to go through a checkpoint for drunk driving or driving under the influence of intoxicants. Below is a map of the roads and streets in Oregon City:

Get in Touch with Andy Green, DUI Attorney in Oregon City Today

If you have been issued a ticket or citation for drunk driving or DUII in Oregon City or any of the surrounding cities in Clackamas County contact Andy Green today for legal representation. He can offer you honest advice and come up with a plan to lessen your Oregon DUII charges as soon as possible 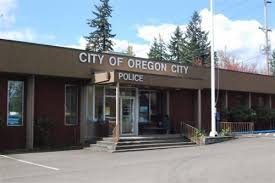 Call or use the form below.

There are many issues that can be challenged, including the breath test, the field sobriety test, probable cause for making the traffic stop and the handling of blood test results. Even police conduct at the scene can often be challenged for violation of your rights.

If this is your first underage DUI offense, one possible resolution is DUI diversion. If you successfully complete the year-long diversion program, the court will dismiss your DUI and you will not have a conviction on your record. As your lawyer, I will explain your options and shepherd you through the process.

For a free initial consultation, call or contact my Portland law firm online. I have helped numerous minors with their underage drinking charges.