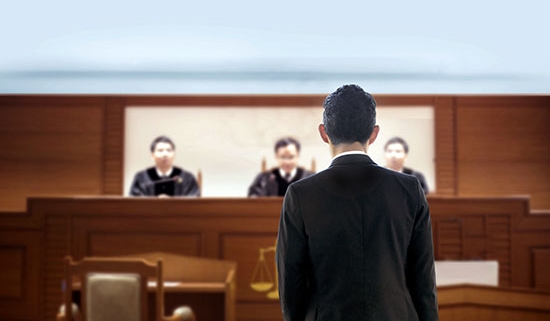 After a DUI arrest, you might be wondering what’s next in the process. You’ve been released from a brief, likely overnight, stay in jail, and you’re free to go.

We call it a “process” because you can expect to be in court more than one time. In your first court date, you won’t have any information about what the state has against you or any evidence that could imply guilt. Therefore, the trial process is your chance to either prove your innocence or minimize the criminal and financial penalties of a DUII.

You can expect your first court date, called the arraignment, to occur either the next day or within a few days, though it could be up to a month later.

The arraignment is when you’re officially charged with a crime, and it’s the first step of the process. The main purpose of this appearance is to ensure that the court has gotten your identity correct. The judge will confirm the spelling of your name, your date of birth, and give you your next court date.

If you choose to go to the arraignment, you’ll enter the courtroom and wait for your name to be called. When you hear your name, your DUI attorney (if you have one) will approach the bench and receive a copy of your charges.

At this point, you or your lawyer will enter a plea of “guilty,” “not guilty,” or “no contest.” If plead “not guilty,” then you’ll be assigned a new court date with the District Attorney.

Is Attendance at the Arraignment Mandatory?

You must attend your arraignment unless your DUI attorney tells you otherwise. Failure to appear could result in the court issuing a warrant for your arrest. In some cases, your DUI lawyer may be able to cancel the arraignment or appear on your behalf, but you must either be present or have representation. Otherwise, you could face further penalties and criminal charges.

After the arraignment, your DUI attorney will request to receive a copy of all the evidence against you, in a process called “Discovery.” The discovery documents will include the police report, results from the lab or breathalyzer tests, and notes from a field sobriety test (if you took one, and hopefully you did not).

After reviewing all of the evidence, a qualified DUI attorney will be able to determine if the police followed the correct procedures, whether your rights were respected or violated, and what your best options are moving forward.

After you plead “not guilty,” which is almost always going to be the best course of action, your next court date will be a preliminary hearing where the state prosecutor has a burden of convincing the judge that there is probable to find you guilty of a DUII. If the state cannot furnish enough evidence, then the case is dismissed.

Finally, if it gets this far, there will be a trial, complete with opening statements, witnesses, and closing arguments.

Tips for Your Court Appearance

While you may not be experienced in court proceedings, a judge is, and he or she could be influenced by your behavior and appearance in the courtroom. It’s imperative that you present yourself as an upstanding citizen to improve your chances of making a favorable impression.

What Not to Do: